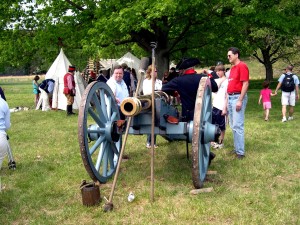 Not feeling too romantic for the Valentine’s Day weekend? Don’t worry! There are plenty of reasons to celebrate in February at our Nation’s Parks. How about, celebrating a true American hero’s birthday? That’s right! Valley Forge National Historical Park has planned a weekend of programs and activities to celebrate George Washington’s 284th birthday, this year! Celebrate our Nation’s History at a National Park near you.

It is recorded that Martha Washington, wife of our Nation’s First President,  surprised her husband with a public celebration at his headquarters in Valley Forge, bringing some mid-winter excitement and, of course, a cake to the General and his staff. Following in her footsteps, Valley Forge National Historical Park will celebrate the former president’s birthday with exciting activities all during the month of February with special emphasis during the weekend of February 13-15. 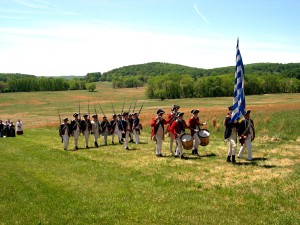 Valley Forge commemorates the site of the 1777-78 winter encampment of George Washington’s Continental Army and their sacrifices and perseverance during extraordinary times. This year you and your family can be part of the history as over two dozen infantry and artillery, soldiers as well as camp followers, will provide visitors with a dynamic interpretation of camp life including musket and cannon demonstrations. The demonstration will take place on Sunday, February 14th.

On Monday, February 15 – the park will host a birthday party for General Washington. Beginning at 10:00 am in the Visitor Center, children can make birthday cards for Washington, take part in 18th-century games, and meet the General and Mrs. Washington. Don’t forget your camera because kids are invited to try on continental clothing.

At noon, The Culinary Arts Institute of Montgomery County Community College will present the General with a birthday cake and provide the public with free cupcakes and samples of a modernized version of Martha Washington’s great cake recipe. Following the cake festivities children can participate in the “Join the Continental Army Program” during which they will learn to march and drill like Continental Soldiers and receive a formal inspection by the Commander-in-Chief, General Washington.

Remember that many of the park trails are currently packed in snow so, be prepared with any special gear and equipment you will need, such as snowshoes, jacket, and backpack.