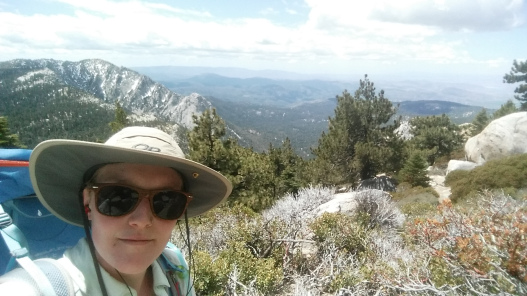 Demi on the Pacific Coast Trail

Demi Kapler is hiking the Pacific Coast Trail, sponsored by Outdoors Geek. Hiking for a cause that means a lot to her — to bring about a time when there are no more homeless pets and a world in which there is more kindness to animals. Check out our interview with this amazing woman!

“We want to show our community the ‘great outdoors’ opportunities that are out there,” Will Marquardt, owner and founder of Outdoors Geek said. “We love to support young people to get out and experience it.

For Demi Kapler, of Minnesota by way of Utah, the question of embarking on a lengthy backpacking trip was never a question of “if” but more of a question of “where” or “how.” After traversing across Yosemite in 2011 with a high school friend and a 2013 10-day trip-around Isle Royale on Lake Superior, she is ready to answer those questions.

The “where” will be the Pacific Coast Trail and the “how” will be with the help primarily of Outdoors Geek and the Best Friends Animal Society. She will set out on April 18 from the southern-most point of the trail in Campo, CA. She is targeting a mid-September arrival at the trails northern terminal in Manning Park, British Columbia. This way she will follow spring turning to summer as she heads north up the West Coast.

“I’m really looking forward to getting to see all the diverse scenery from Southern California to the forests in the Northern Pacific.”

The plan was conceived roughly one year ago when Kapler sat down with her best friend and ambitiously planned the “All in Trek,” and sought to conquer the Appalachian Trail, the Continental Trail, North Country Trail and the Pacific Coast Trail. However, realities of adult living made the four backpacking trips of a combined 12,500 miles just too time consuming. We all have bills to pay.

Currently, she has been working in Utah as a wilderness therapist for special-needs students. But Kapler longed to get back on the trails and was itching to backpack again. As rewarding as her work was, she was ready to change gears before attending Prescott College in Arizona to pursue her Masters Degree in Professional Counseling with a specialization in Equine Assisted Therapy. So, she left her job and decided now was as good a time as ever to tackle a months-long backpacking trip. “I want to take some time to reflect on life and evaluate everything I have accomplished,” Kapler said. “This trip will also give me a chance to think about where I’m going.”

The next piece to the puzzle was funding this expedition. Since Kapler had been fostering adoption dogs growing up, she turned to the Best Friends Animal Society to find a way to further their cause, while going on this personal odyssey. Kapler was anxious about leaving her German Shepherd/Norwegian Elkhound mix for such a long period of time, but by her own admission, she was, “too out of shape,” to join her on the PCT.

So her solution is to bring shelter dogs with her for stretches on the trail that are up for adoption from various shelters along the way and to provide her with some canine company. She has partnered with different animal shelters along the trail to join them in events and write about their adoption dogs on her blog she has launched to profile her journey. “I’m doing something big,” Kapler said. “Why not make it as big as possible and do something to benefit others too?” Outdoor enthusiasts and dog lovers can follow her adventure on www.RuffTrails.Wordpress.com, which will feature information on the fundraisers Kapler is participating in along the way, as well as her thoughts and updates from the trail.

Kapler’s other partner for her PCT trip is Outdoors Geek, who has provided her with some material support in the form of a bear canister and a GPS unit. The company provided rental camping gear to Kapler and her high school friend when they hiked around Yosemite. Now Kapler says she encourages all her friends not to let a lack of gear discourage them from taking backpacking trips because of her positive experience with Outdoors Geek’s rental services. 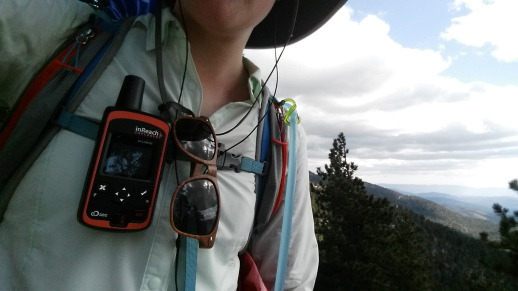 Thanks Outdoors Geek for providing my Delorme InReach Explorer

Despite the obvious physical and logistical challenges of embarking on a backpacking trip of this length, Kapler is lamenting being without her dog for so long. Therefore, she is looking forward to the trail dogs she brings along to keep her company. However, her time as a camp counselor and wilderness therapist has given her all the organizational and survival skills necessary to conquer the PCT, in addition to the self-discipline she has developed from her past. “These experiences and my perfectionist personality have given me the experience with the logistical planning, which has been a huge part in these planning stages,” Kapler said.“Personally, I think the hardest thing will be getting over the mental and physical hardships I encounter.”