One of the things that I’ve always wanted to do but haven’t had a chance yet is to hike the 2 Great Trail systems that run from north to south on the Western and Eastern edges of the United States. The Pacific Crest Trail runs from California into Canada on the West Coast. The Appalachian Trail runs from Georgia to Maine on the East Coast. We will start our series on the West Coast of the US looking and learning about the trail as if we were going to hike from Southern California to southern Canada. 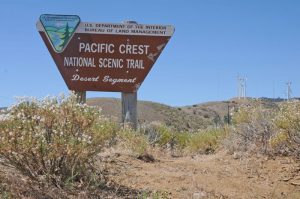 The Pacific Crest Trail is a long-distance hiking trail that follows the highest portion of the Sierra Nevada and Cascade mountain ranges, which lie 100 to 150 miles east of the U.S. Pacific coast. The trail’s southern starting point is on the U.S. border with Mexico, just south of Campo, California, and its northern terminus on the Canada–US border on the edge of Manning Park in British Columbia; its corridor through the U.S. is in the states of California, Oregon, and Washington. The Pacific Crest Trail is 2,659 mi long and ranges in elevation from just above sea level at the Oregon–Washington border to 13,153 feet at Forester Pass in the Sierra Nevada. The route passes through 25 national forests and 7 national parks. Its midpoint is near Chester, California, where the Sierra and Cascade mountain ranges meet. It was designated a National Scenic Trail in 1968, although it was not officially completed until 1993. The PCT was conceived by Clinton Churchill Clarke in 1932. It received official status under the National Trails System Act of 1968.

We will explore this part of the Pacific Crest Trail at its southernmost point where it begins south of Campo California to where the trail crosses Highway 178 at Walker Pass (elev. 5,246′). That is a distance of almost 300 miles. The mountains of this section are bounded by faults that have been active in recent geologic time. The southern California section of the PCT starts at an elevation of 2,915 and eventually climbs up to 9,030, but most of the region is hot and humid. Crossing the San Andreas Fault and parts of the Mojave Desert, plan your water accordingly and expect to see some lizards and desert scrub.

Animals in this section include lizards, rodents, snakes, coyotes, and cougars. Flora encountered generally include desert scrub, chaparral or oak, with forests only at the higher elevations. Plan ahead as summertime temperatures range from the 80s to the low 100s. This part of the Pacific Crest Trail passes through 10 National and State Parks, Forests, Desert and Monument areas.

The Pacific Crest Trail (southern California section) passes through these 3 State Parks in southern California: Silverwood Lake, Anza Borrego Desert, and Mt San Jacinto. These 3 state parks have 268 campsites available and are better equipped than the National Campground (Walker Pass Campground) in this area. Walker Pass Campground (managed by the BLM) also is very close to the Trail and has 2 free campsites and 10 walk-in campsites. There is no water at Walker Creek Campground.

Based on https://freecampsites.net/#!Boulder+Oaks,+CA,+USA there are 15 free campsites within 26 miles of Boulder Oaks, CA.

Just over a 100 miles to the north of the southernmost starting point of the Pacific Crest Trail is Eagle Rock. If you are looking to make a day hike to Eagle Rock, all it takes is a 6.5-mile round-trip starting from Highway 7 near the Warner Springs fire station. Follow the PCT markers from the road, as the trail bends alongside the Canada Verde Creek and ravine for the first half of the trip before continuing through arid grasslands and sparse vegetation until you reach the unmistakable geological icon that is Eagle Rock. Tackle this trail between March and May, before many of the thru-hikers, will be found in the area, and there is a good chance you’ll stumble across a stunning display of wildflowers blooming along the path. 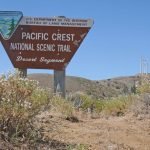 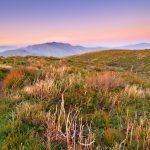 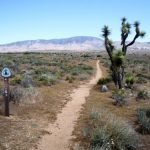 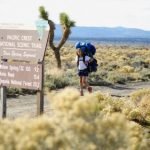 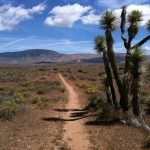 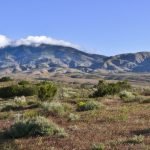 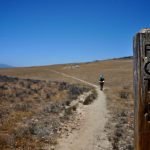 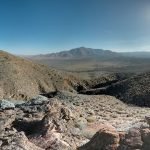 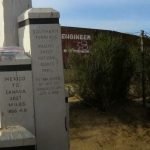