With 816 square miles spanning across North Carolina and Tennessee, Great Smoky Mountains National Park is the most visited national park in the USA with 10.7 million people visiting in 2015. The Appalachian Trail, from Maine to Georgia, runs through the center of the park. Established in 1934 and officially dedicated by President Franklin D. Roosevelt in 1940. In addition to sweeping views of the mountain ranges, the park is popular with hikers (more than 800 miles of hiking trails are found within the park’s boundaries), campers, bicyclists, fisherman and woman, horseback riders, picnickers, wildlife and wildflower enthusiasts, and so many more. FDR said in his dedication of this park on Sept. 2, 1940, “There are trees here that stood before our forefathers ever came to this continent; there are brooks that still run as clear as on the day the first pioneer cupped his hand and drank from them. In this Park, we shall conserve these trees, the pine, the red-bud, the dogwood, the azalea, the rhododendron, the trout and the thrush for the happiness of the American people. The old frontier, that put the hard fiber in the American spirit and the long muscles on the American back, lives and will live in these untamed mountains to give to the future generations a sense of the land from which their forefathers hewed their homes.”

I have had an opportunity to visit this Park 3 times in my life so far, and I have hardly scratched the surface of all that is here. One or two of my favorite parts of this Park are Cades Cove and Newfound Gap. Cades Cove is a broad, verdant valley surrounded by the Smoky Mountains. This valley has a rich history. For hundreds of years, Cherokee Indians hunted in Cades Cove but archaeologists have found no evidence of major settlements. The first Europeans settled in the cove sometime between 1818 and 1821. By 1830 the population of the area had already swelled to 271. Cades Cove offers the widest variety of historic buildings of any area in the national park. Scattered along the Cades Cove loop road are three churches, a working grist mill, barns, log houses, and many other faithfully restored eighteenth and nineteenth century structures. At nearly a mile high, a trip over the Newfound Gap Road has often been compared to a drive from Georgia to Maine in terms of the variety of forest ecosystems one experiences. Starting from either Cherokee, North Carolina or Gatlinburg, Tennessee, travelers climb approximately 3,000 feet, ascending through cove hardwood, pine-oak, and northern hardwood forest to attain the evergreen spruce-fir forest at Newfound Gap (5,046′). This fragrant evergreen woodland is similar to the boreal forests of New England and eastern Canada.

The Great Smoky Mountains National Park encompasses 522,419 acres making it one of the largest protected areas in the eastern United States. It was the first national park whose land and other costs were paid for in part with federal funds; previous parks were funded wholly with state money or private funds. The U.S. National Park Service wanted a park in the eastern United States but did not have much money to establish one. Though Congress had authorized the Park in 1926, there was no nucleus of federally owned land around which to build a Park. John D. Rockefeller, Jr., contributed $5 million, the U.S. government added $2 million, and private citizens from Tennessee and North Carolina pitched in to assemble the land for the Park, piece by piece. Slowly, mountain homesteaders, miners, and loggers were evicted from the land. Farms and timbering operations were abolished to establish the protected areas of the Smoky Mountain National Park. The Great Smoky Mountains Park was designated an International Biosphere Reserve in 1976, and was certified as a UNESCO World Heritage Site in 1983, and became a part of the Southern Appalachian Biosphere Reserve in 1988.

The border between Tennessee and North Carolina runs northeast to southwest through the centerline of the park. The major towns nearest the Park are Gatlinburg, TN. To get to the Park from there take the interstate highway, I-40 to Exit 407 (Sevierville) to TN-66 South. At the Sevierville intersection, continue straight onto US-441 South. Follow US-441 through Sevierville and Pigeon Forge into the Park. From the eastern side of the Park at Cherokee, NC. Get on interstate highway I-40, take Exit 27 to US-74 West towards Waynesville. Turn onto US-19 and proceed through Maggie Valley to Cherokee. Turn onto US-441 North at Cherokee and follow the road into the park.

There are 7 campgrounds inside the Park with 645 sites in frontcountry areas and one backcountry spot (Forney Creek Trail via The Appalachian Trail) which is accessible off of the Newfound Gap Road that has 4 more designated sites. There are almost no campgrounds that have electric hookups within the Park. The frontcountry sites have flush toilets and running water. Some sites have a dump station, but not all. Most sites also have a fire grate and a picnic table. The camping season generally runs from early April to late October. One of the campgrounds (Elkmont) has 20 walk-in sites for tents only. It also offers nine wheelchair accessible sites and three have 5 amp hook-ups for medical equipment.

Based on https://freecampsites.net/#!great%20smoky%20mountains there are 10 free campsites located within 40 miles of the Great Smoky Mountains National Park.

I remember hiking to the Rainbow Falls and thoroughly enjoying the beautiful scenery but getting absolutely soaked on the way back by a thunderstorm. (Thunderstorms are common in the afternoon in the Smokies) The hike is about 6 miles roundtrip, and fairly easy, although there were slick spots along the way because of the heavy forest cover. Rainbow Falls has the distinction of being the highest single-drop waterfall in the Smokies. The name for the waterfall comes from the rainbow that’s produced by mist on sunny afternoons.

One more of the things I enjoyed about this Park was that for several areas you could pick up inexpensive booklets to serve as your personal tour guides along many park roads. These booklets are keyed to numbered posts or landmarks and include information on park history, wildlife, and plants. I happened across 3 small black bear cubs walking across the road I was on. I stopped and waited, thinking that mama bear wouldn’t be too far away, and sure enough, she came along a couple minutes later and the bear family continued on their way.

10 Best Things to Do on a Great Smoky Mountains Vacation 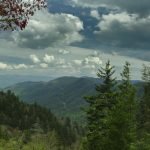 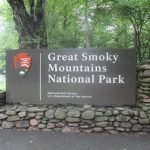 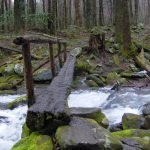 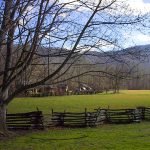 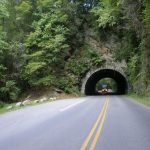 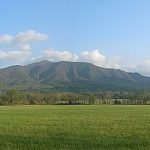 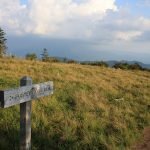 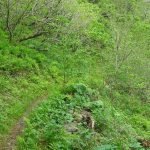 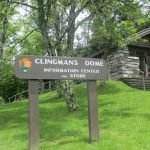 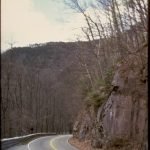 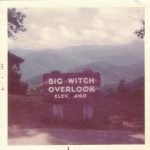