Trekking from Rim to Rim of the Grand Canyon 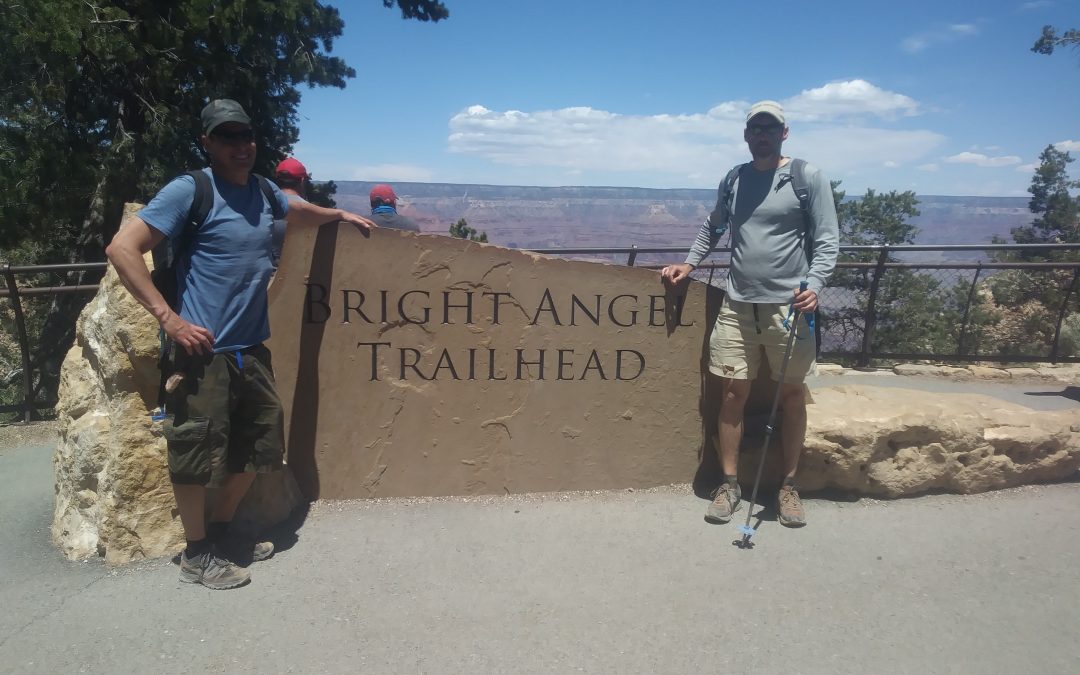 Crossing the Grand Canyon rim-to-rim is a raw and rugged challenge.   The experience of the full tour is one of the most intimate ways to experience the Grand Canyon. The views of the canyon are unbelievable and physical challenge is legit. This trek is not to be taken lightly, the physical fitness level to succeed must be taken seriously and all the logistics must be addressed.

Hiking across the Grand Canyon in a day has become very popular in the last decade . Part of the reason this once seldom done route has gained so much notoriety and traffic is because it is the most coveted Fastest Known Time (FKT) in the world.  If you want to make a name for yourself  in ultra running, breaking the FKT for the rim-to-rim (R2R) or rim-to-rim-to-rim (R2R2R) will definitely get you on the cover of a bunch of magazines.

However, this adventure is not only for elite athletes, crossing the Grand Canyon in a day can be done by most people who possess average athleticism and are willing to put in a couple of months of training.  The R2R is 21-24 miles and the R2R2R is 42-48 miles. (Depending on which trail is used on the South Rim.) If you are fit  but new to this type of adventure, it is best to do a R2R before attempting a R2R2R. 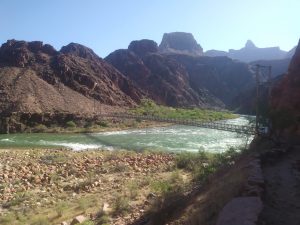 Next the decision must be made regarding which trail to use on the South Rim, there are two options.  The coveted FKT’s are measured on the South Kaibab Trail.   This trail is slightly shorter, has less tourists and is more scenic.   However, there is no water taps on the South Kaibab Trail, all water must be carried, and this route is slightly steeper.   The Bright Angel Trail is the most historic trail in the park and features resthouses, on-trail medics, and three water taps along the route. Bright Angel Trailhead is located in Grand Canyon Village and from the Three Mile Resthouse to the rim is packed with tourists. 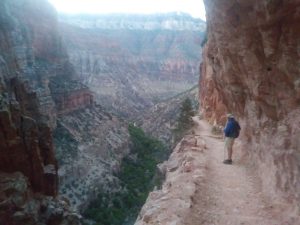 Once the route is selected the next issue is transportation.  There are several options.  There is a for-hire shuttle, however you have to be semi-fast to get to the South Rim to catch the last shuttle.  If you miss the shuttle you could be in trouble, accommodations at Grand Canyon Village are booked at least a year in advance.  Staging a car on the side of the canyon you intend to finish on is another option.    If you can recruit a support team to meet you and drive you back, that is the best bet.

In terms of the actual hike, the logistic are backwards for what most outdoor athletes typical do.  Most people who play in the outdoors are used to hiking up something first then hiking down.  This requires little strategy – put in the hard work during the first part of the day when you’re fresh and after the summit, it’s all downhill.  Dropping into the canyon requires the understanding for every step made downhill a step uphill is required, when the temperatures are hotter and your body is more fatigued.  Because of  this, dropping into the Grand Canyon with the intent of crossing feels very committing. 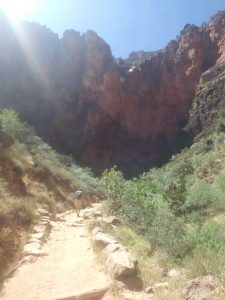 Looking at the Bright Angel route from Grand Canyon Village. 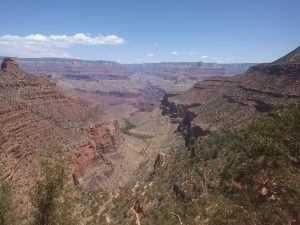