My dad died a number of years ago and is buried in the Fernley Nevada Veterans Cemetery. He served in the Air Force for approximately 20 years and retired as a Master Sergeant. My dad loved the outdoors and exploring new places and re-exploring others time and time again.

I thought this being Memorial Day weekend it would be a fitting tribute to not only my dad but all veterans to make this week’s post about you. 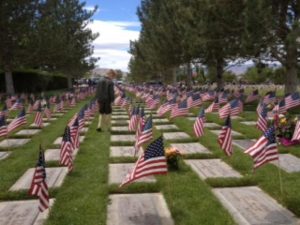 In an old war movie, there was a quote that went something like this: “In this outfit everyone from the undertaker, to the guy digging the latrine, to the front line soldier, is important”. In the same spirit, share a story about a soldier close to you.

Here is one story about my dad: He never served in a war zone, he actually worked in the personnel office during the 1st Iraq war. I remember him having to move the phone and other electronics out of his office as they changed where all the paperwork was handled related to sending the troops, from that base to the middle east.

Vigil strange I kept on the field one night

When you my son and my comrade dropt at my side that day,
One look I but gave which your dear eyes return’d with a look I shall never forget,
One touch of your hand to mine O boy, reach’d up as you lay on the ground,
Then onward I sped in the battle, the even-contested battle,
Till late in the night reliev’d to the place at last again I made my way,
Found you in death so cold dear comrade, found your body son of responding kisses, (never again on earth responding,)
Bared your face in the starlight, curious the scene, cool blew the moderate night-wind,
Long there and then in vigil I stood, dimly around me the battle-field spreading,
Vigil wondrous and vigil sweet there in the fragrant silent night,
But not a tear fell, not even a long-drawn sigh, long, long I gazed,
Then on the earth partially reclining sat by your side leaning my chin in my hands,
Passing sweet hours, immortal and mystic hours with you dearest comrade—not a tear, not a word,
Vigil of silence, love and death, vigil for you my son and my soldier,
As onward silently stars aloft, eastward new ones upward stole,
Vigil final for you brave boy, (I could not save you, swift was your death,
I faithfully loved you and cared for you living, I think we shall surely meet again,)
Till at latest lingering of the night, indeed just as the dawn appear’d,
My comrade I wrapt in his blanket, envelop’d well his form,
Folded the blanket well, tucking it carefully over head and carefully under feet,
And there and then and bathed by the rising sun, my son in his grave, in his rude-dug grave I deposited,
Ending my vigil strange with that, vigil of night and battle-field dim,
Vigil for boy of responding kisses, (never again on earth responding,)
Vigil for comrade swiftly slain, vigil I never forget, how as day brighten’d,
I rose from the chill ground and folded my soldier well in his blanket,
And buried him where he fell.

The Department of Veterans Affairs’ (VA) National Cemetery Administration maintains 135 national cemeteries in 40 states as well as 33 soldier’s lots and monument sites, including Puerto Rico and on the Philippine Islands…Another way in which we could honour the Veterans that have served our country might be to volunteer to place flags in a national cemetery before Memorial Day. You should ask the cemetery when you volunteer if they need help, and how and where to place the flags. Flags should be placed directly centre of the cemetery headstone. 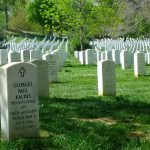 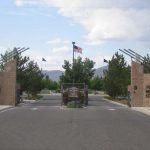 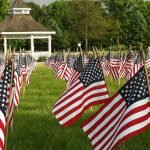 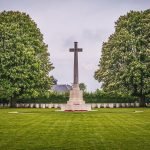 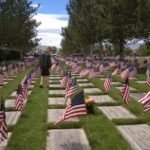