I found myself in the Bay area once not all that long ago and saw a neat looking state park off to the south. I was glad that I got to visit the Wilder Ranch State Park. The park has a little bit of everything – very nice views, Redwoods, rugged coastline, meadows, and even a historical museum.

Wilder Ranch State Park covers approximately 7,000 acres, with 34 miles of hiking, biking and equestrian trails winding through coastal terraces and valleys. Several buildings once belonging to the Wilder family have been restored. The Park’s close proximity to Santa Cruz means you will not be alone, especially on the weekends. In addition, the trails are open to mountain biking so the bikers far outnumber pedestrians and I didn’t see any hikers on my bike ride. That said, the park has 34 miles of official trails and several more miles of unofficial single-track to explore. Moreover, most of the visitors were within a couple miles of Wilder Ranch historical area and I found I had the trail to myself on many of the trails in the inland portion of the park. Wilder Ranch contains two distinct parts, and of course, there is California coastal scenery as well. The section of the park south of highway 1 features the Ohlone Bluff trail with unique sea cliff terraces and hidden sandy beaches. This 4 mile stretch of coastline is spectacular and very photogenic. The portion north of highway 1 is characterized by rolling meadowy hills with forested ravines.

The Spanish first came to Monterey Bay in the mid-1500s, but they did not establish settlements until sometime after the expedition of Gaspar de Portolá in 1769/70. When Mission Santa Cruz was established in 1791, the area became part of the mission pasture lands. Secularization of the missions in 1834 divided the mission lands into large land grants called “ranchos”. Wilder Ranch was part of Rancho Refugio, a Mexican land grant of 1839. Historic buildings include part of the adobe rancho house built around that time by rancho grantee Jose Bolcoff. D.D. Wilder built the original farm and was known for the innovations he introduced to local dairy farming. He replaced his steam wheel (which powered the cream separators used in the process of making butter), with a Pelton water wheel in 1889. By 1890 the ranch workshop, forge, and early electrical generators were all powered by water. The Wilder family continued to operate the dairy until 1969. The park hosts tours and living history demonstrations that explore the history of ranchers and farmers on the Central Coast.

The former “Gray Whale Ranch” also contains the ruins of a lime manufacturing operation, including a quarry and lime kilns built by early lime manufacturer Samuel Adams in the mid-19th Century. The ranch and lime works were later acquired by industrialist Henry Cowell. Spelunking is one popular activity on “Gray Whale Ranch”, although most cavers try to prevent the location of the caves from becoming widely known. The main cave frequented by spelunkers is known as “Hell Hole”; the main destination inside is the “Hall of Faces”, a clay room where people leave sculptures and sign a book. Getting to the Hall of Faces is no easy task, and requires descending the 90 foot vertical called “The Pit”. Barricades are periodically placed in the caves to prevent entry, but these barriers are typically removed fairly quickly.

Six horse camping sites are available—first-come, first served. Other than that there are other locations closeby in the area for campers to camp.

Based on https://freecampsites.net/#!santa%20cruz there are 17 free campsites with 67 miles of Santa Cruz, California.

Extending from the Old Landing Cove, the Ohlone Bluff Trail is 4.5 miles filled with fantastic Pacific Ocean views. This hike follows the bluffs in Wilder Ranch State Park and is great for hikers and bike riders alike. The Ohlone Bluff Trail is quite level and easy to navigate, which makes it a great hike for all ages and skill levels.

From the parking lot, you will find the Old Landing Cove Trail at the west end. Head right (north) from this point until you get to the first railroad crossing. From here you can walk the railroad (north) a few hundred feet to another crossing and head west. This will take you to the start of the Ohlone Bluff Trail. There are 35 miles of mountain biking trails in the Park and equestrians are allowed on all park trails except those on the ocean side of Highway One.

At the State Park, your kids will love visiting with sheep, cows, goats, chickens, draft horses, and a couple of barn cats. Living history tours are offered each month, complete with demonstrations, hands-on activities, games, crafts and wagon rides. Along the ocean bluffs, keep an eye out for a variety of wildlife. You can’t miss rabbits ducking in and out of trails and you might spot a bobcat wandering through nearby fields. Offshore sightings often include harbor seals, sea otters, dolphins and many marine birds. Outside of the Park, you can go to an admission-free, family-friendly Santa Cruz Beach Boardwalk. This is a classic seaside amusement park. Overlooking Main Beach in Santa Cruz, the boardwalk was built in 1907 as the “Coney Island of the West Coast” and features two national historic landmarks: the Giant Dipper Roller Coaster and the Looff Carousel. 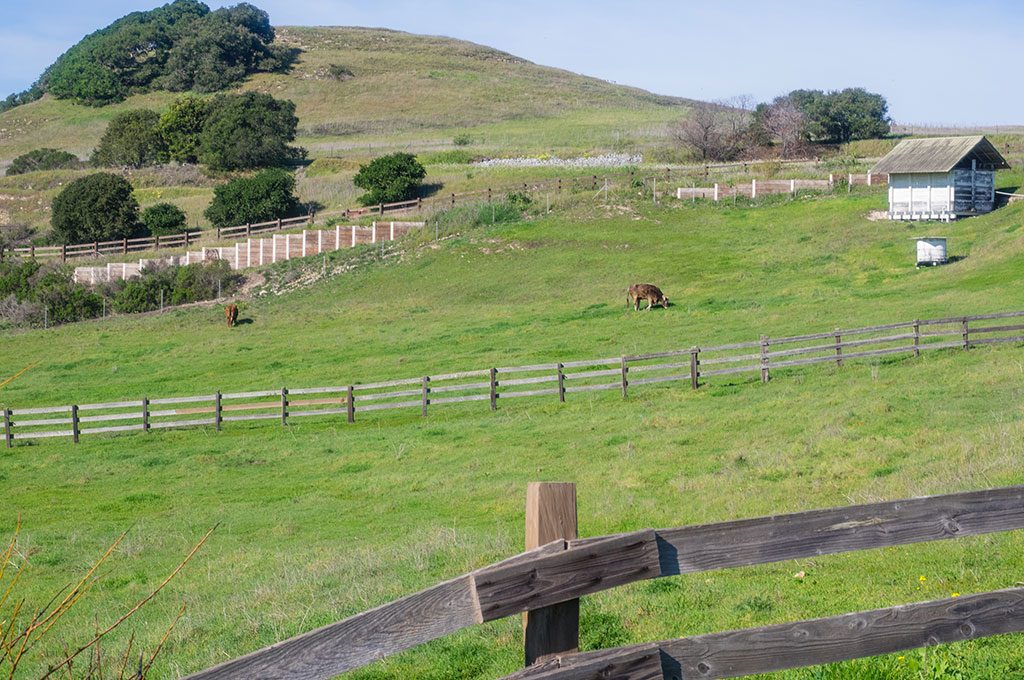 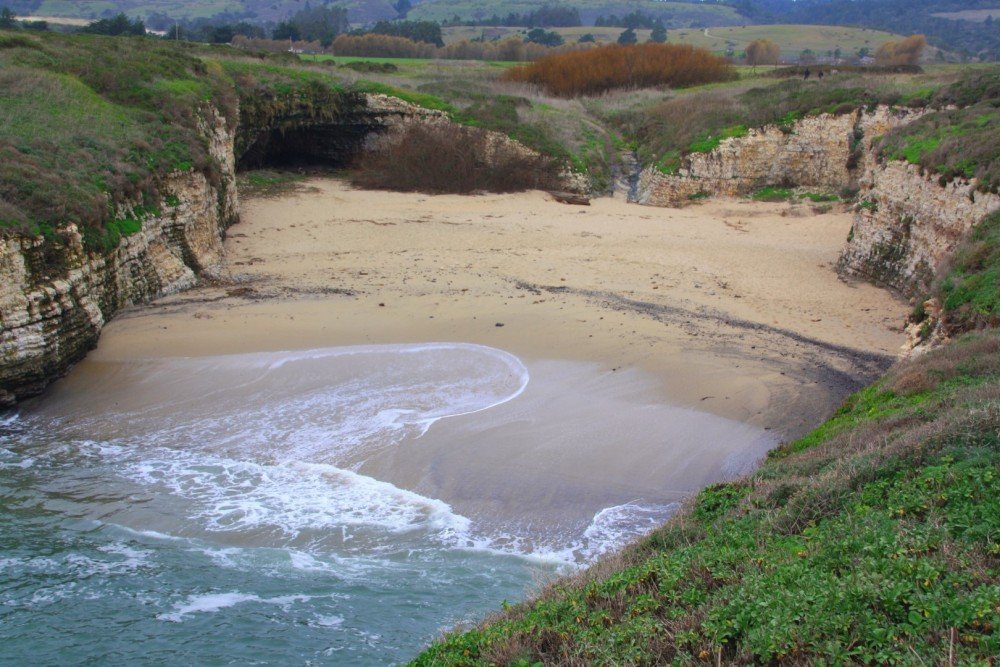 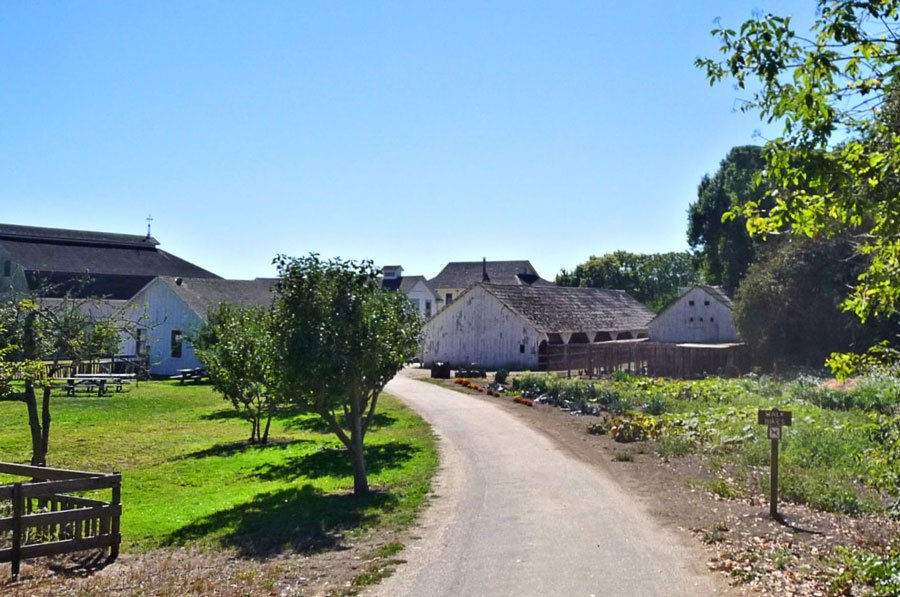 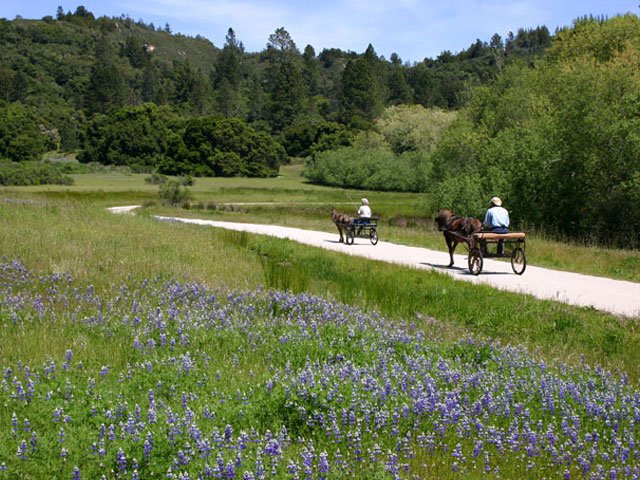 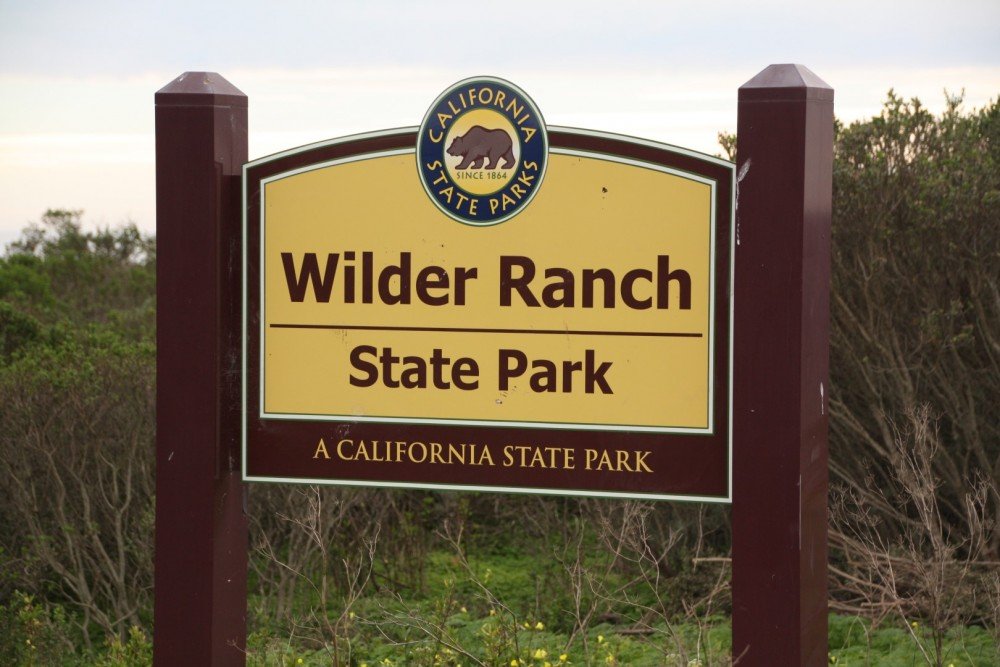 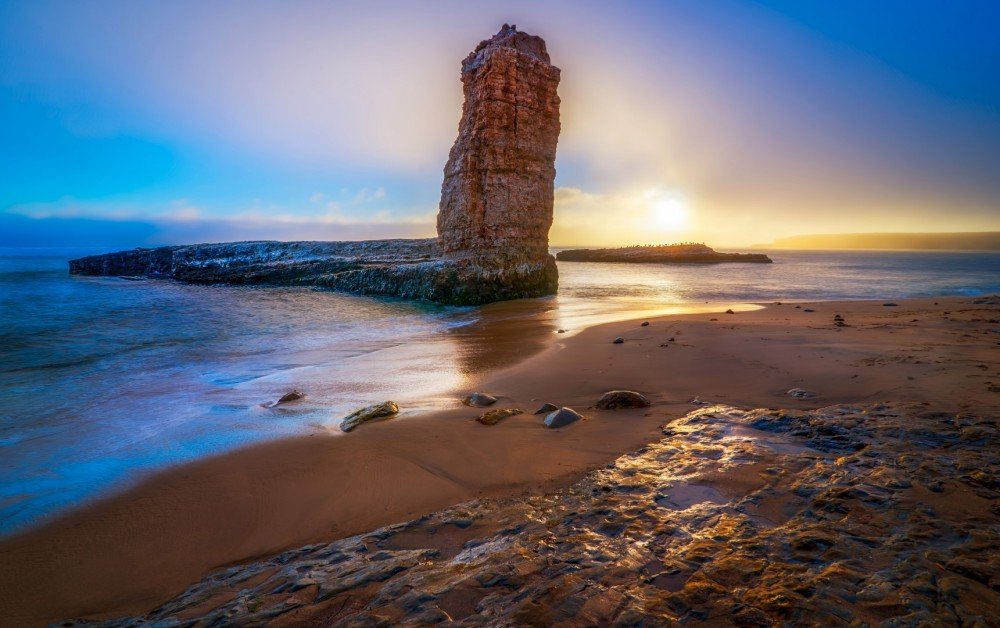